Stories of Enfield is a project funded by the National Lottery Heritage Fund, via Enfield Council, to develop and deliver a range of creative community heritage activities from exhibitions and events through to festivals and theatre performances and will involve local communities and organisations from across the borough. It will also provide additional support to the Museum of Enfield and the borough’s archive and will run formally from November 1st 2021 to October 31st 2022.

The EAS has received funding as part of the Stories of Enfield project, which will help us continue our ongoing research on the site of Elsyng Tudor Palace, and importantly, to publish and share our work with a wider audience.

Despite its local and national importance, Elsyng remains almost unknown to the people of the Borough. Excavations and research since the 1960s have yielded a vast amount of physical and documentary information which has now been brought together and intensively studied by Martin Dearne. We now have a much better understanding of the form and evolution of this complex building and we hope that the 2022 excavation will add to this. We also know a vast amount more about the ordinary people who lived and worked there from Jack the junior kitchen boy in 1524 to Mr. Johnson, a bricklayer killed when scaffolding collapsed during repairs in 1616.

The core of the project will be the professionally-led excavation in July 2022 whose participants will include experienced archaeologists, University and College students and volunteers from the Borough including newcomers to the subject. There will also be training sessions for participants. (Please note that all workers on the site must be members of the EAS and no-one below the age of 16 can take part, requirements that are dictated by our insurance.)

During the period a film will be made from which a virtual tour of the palace will be developed. Oral history interviews will also be carried out and the results included in the film. These will include the memories of any survivors of the 1960s dig plus those of people involved in the earlier stages of the present campaign, which began in 2004 as well as those working on the 2022 excavation.

A definitive book on all aspects of the history and archaeology of the site will be produced and there will also be a family open day during the course of the excavation which will be similar to those held in previous years.

We very much hope that Society members will be willing to help with various aspects of this project and in particular we would like to hear from anyone who would be interested in helping with the Oral History element. Any volunteers will be given training in advance of the dig.

We are pleased to announce the dates of the 18th season of Elsyng Tudor Palace Excavations at Forty Hall, Enfield.

This year's dig will be continuing last year's (partially) successful hunt for the palace's inner gatehouse, tracing the line of a large demolition cut in the hope that it will lead us to the remains of the multi-story building that demarked the boundary between the palace's outer and inner courts.

Anyone aged over 16 interested in taking part in the excavation is invited to get in touch with Martin Dearne at martin.dearne@talktalk.net. For any other enquiries about the project, please contact the chairman, Ian Jones, via the EAS website.

There will also be a family open weekend in the park on the 16th/17th - be sure to drop by and see what we've found!

A major new monograph on the archaeology and history of the palace will be published this summer, thanks to funding from the Stories of Enfield Project: 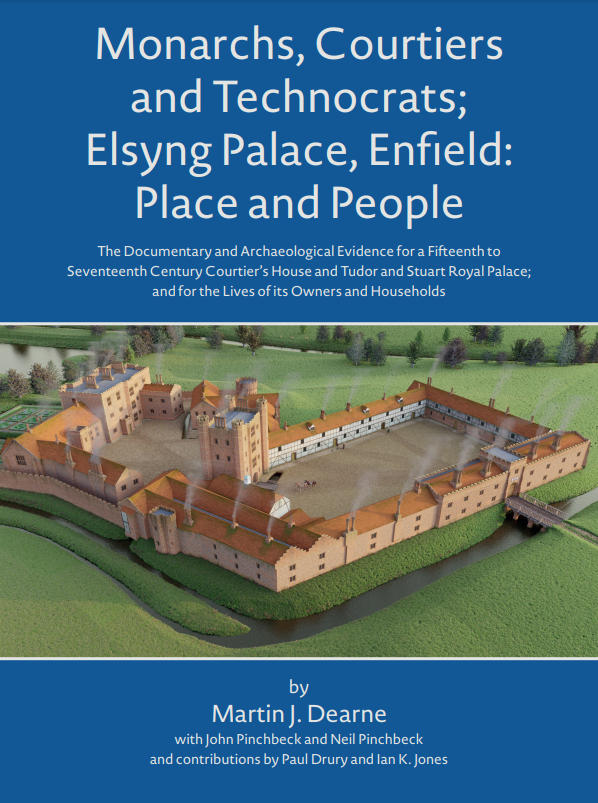